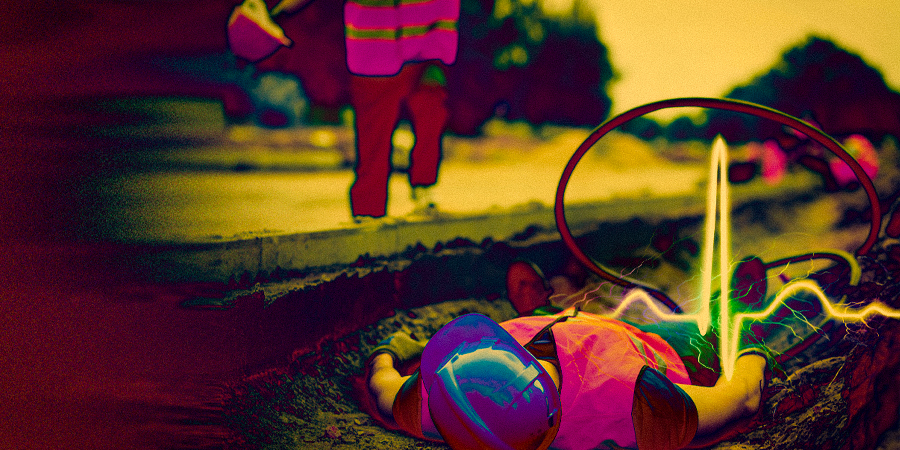 Roughly 4% of all burn center admissions are the result of electrical burn injury stemming from arc flash, associated flames, lightening, and/or when an individual become part of an electrical circuit either directly or indirectly. Although the incidence rates may be comparatively low to other types of burn injuries, electric burns that involve electrical current present unique challenges for clinicians.

Voltage-related burns may lead to extensive tissue damage and rhabdomyolysis that can progress to non-salvageable myonecrosis requiring amputation. Such electrical burn injuries can also result in extensive complications in other body systems such as cardiac injury and renal failure.

While clinicians often use electrocardiogram (ECG), serum troponin and creatine kinase to determine the risk of such complications, there is widespread variability among institutions and providers in the initial diagnosis and management of electrical burns.

One burn center recently developed and tested an institutional algorithm for electrical burn treatment to see if such a protocol could reduce unnecessary testing as well as better manage resource allocation.

A retrospective cohort study evaluated patients admitted to the Burn Center at MedStar Washington Hospital Center in Washington D.C. between January 2013 and September 2018. “We hypothesize that protocolized treatment for electrically injured patients will improve quality of care by reducing unnecessary tests, hospital admissions, and ultimately healthcare costs,” the authors write.

In July 2015, the burn center implemented an algorithm to triage and manage patients with electrical burn injury. The protocol included:

There were no significant differences between pre- and post- algorithm patient groups, according to the authors, in terms of age, sex, race/ethnicity, proportion of work-related injuries, or voltage exposure, presence or extent of cutaneous burn area, Glasgow Coma Scale rating upon arrival to the hospital, or proportion of patients with loss of consciousness immediately after sustaining the electric shock.

Comparing the 56 patients in the pre-algorithm cohort and 38 in the post-algorithm cohort, the study authors found that their electrical burn injury algorithm reduced testing and healthcare costs without increasing mortality or readmission rates.

Specifically, during use of the new protocol, there was:

Despite this, the post-algorithm group’s mean ICU stay was shorter at one day versus four, and there was no increase in operative interventions, in-hospital mortality or 30-day readmissions. Less testing also meant lower costs. The study’s cost analysis estimated the following cost savings as a result of the protocol:

The authors also note that the proportion of positive test results for troponin, creatine kinase and urinary myoglobin was not significantly different between groups, which they write “lends further support to the algorithm and highlights that prior to this algorithm, a higher number of unnecessary tests was being performed.”

The authors hope that their electrical injury treatment algorithm will provide a step-by-step guide for nonburn specialists presented with electrical burn injury patients.

The study authors note this is the first study to evaluate the effectiveness of an institutional treatment algorithm for electrical injury. In the U.S., 1,000 people die each year as a result of electrical injuries.

Almost half of those are due to high-voltage electrical injuries mostly in occupational settings, making them the fourth-leading cause of workplace-related traumatic death. In contrast, 20% of all electrical injuries occur in children who experience such burns at home.

While electrical burns may be less frequent than other burns, they are very often preventable. The American Burn Association focused on the prevalence and prevention of electric burns during its 2021 National Burn Awareness Week.