Lawn Mower Injuries Are More Common Than You Think 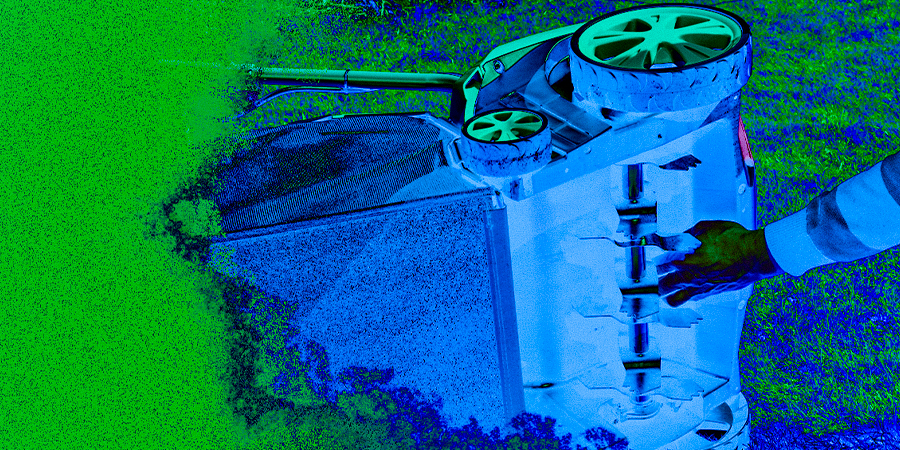 A man in Tennessee was backing his tractor out of the garage to mow his lawn when he heard a thump. Looking down, he found his two-year-old son underneath the tractor. The child, grandson of Major League baseball player Howard Johnson, suffered injuries that cost him all of his toes and part of his left foot.

The boy is recovering, but sadly these accidents are not uncommon. There were an estimated 934,394 lawn mower injuries treated in U.S. emergency departments between 2005 and 2015, according to a study published in the American Journal of Emergency Medicine, with an average of 84,944 injuries annually.

Lawn mower injuries can happen in a variety of ways: debris caught by the mower can become a flying projectile, children riding on a riding lawn mower with an adult can fall off and get hurt, kids and pets can get underfoot, and people can get hurt trying to clear the mower blade without disabling the power first.

Lawn mower injuries commonly affect hands and fingers, lower extremities, and feet and toes. Injury severity can range from lacerations and soft tissue injuries to fractures, burns and even amputations.

Males are three times more likely than females to suffer a lawn mower injury. And despite well-documented risks of lawn mower use and industry injury-prevention standards, these injuries remain a serious and very preventable cause of trauma.

Children are not immune to these types of injuries. A 2018 study published in the Journal of Bone and Joint Surgery estimates that there are an estimated 9,400 to 17,000 pediatric lawn-mower injuries each year. The study, which included 157 patients presenting at a Level-I trauma children’s hospital in St. Louis between 1995 and 2015, found that significant predictors of severe injuries included being under the age of nine, a riding lawn mower, a grandparent operator and a nonmetro/rural location.

Of the pediatric patients studied in St. Louis, 75% were male, 84% presented with injuries to the lower extremity, 40% experienced at least one traumatic amputation and 13% required a prosthesis after the injury. Younger children also had a higher amputation rate, a longer stay in the hospital and more surgical procedures.

Lawnmower injuries in the pediatric population are generally clustered among children aged 0-4 and teenagers aged 15-19. The younger children were more likely than teenagers or adults to be injured on the foot or toe and to sustain an amputation injury.

Study authors noted this is supported by anecdotal evidence of children playing in the yard while a family member is mowing or sitting on the lap of someone operating a riding lawn mower. Older teens and adults were more likely to have an injury to the hand or upper extremity, consistent with putting their hands into the mower to clear debris and being hurt by the blade.

Another study published in the American Journal of Emergency Medicine conducted a  25-year retrospective analysis and found that the annual rate of pediatric, lawn mower-related injury dropped by nearly 60% from 1990 through 2014, although the average annual injury rate during the study was still 11.9 per 100,000 children in the U.S.

A study aimed at determining the incidence, distribution, types and severity, and emergency department and hospital charges of lawn mower injuries in the U.S. from 2006 through 2013 found that 85.2% of injured patients were men, 33.7% of injuries occurred on a Saturday or Sunday, and 81.7% occurred between April and September.

In the same study, 9.4% of injured patients were admitted to the hospital and 94.9% of those underwent at least one procedure. Wound irrigation and debridement were the most common (30.6%), followed by amputation (27.5%), reduction/fixation (17.5%), and skin and soft-tissue grafting (11.2%). The average hospital stay was 3.9 days.

Watch one trauma surgeon’s approach for a severe bilateral lower extremity injury after a man stepped directly into a mower’s moving blade.

However, the CPSC also noted that many mowers on the market at the time already had implemented these safety measures. Not much has changed in safety innovations over the ensuing decades, although robot lawn mowers, which function like a Roomba of grass cutting, may soon gain more widespread use.

The current voluntary safety standard for walk-behind and ride-on mowers includes safety measures such as stopping the blades if the operator leaves the control position of the riding mower without first disengaging the blade drive, increased setback height, improved machine stability and preventing the mower from backing up with powered blades. Despite these safety features, data on the prevalence of lawn mower injuries from the National Electronic Injury Surveillance System show that these very preventable injuries remain prevalent across the U.S.

Researchers point that mower injuries could be better prevented via a combination of initiatives, including consumer education, advanced technology or a combination of both. Education about safe lawnmowing technique could help older teenagers, while grandparents and those who live in nonmetro/rural areas could benefit from learning about the dangers of riding lawn mowers and young children. Technological improvements might include not only better operator visibility but also features that would automatically stop a mower when it detects human flesh near the blades.

Click here to see a full list of lawn mower safety tips from the American Society for Surgery of the Hand.