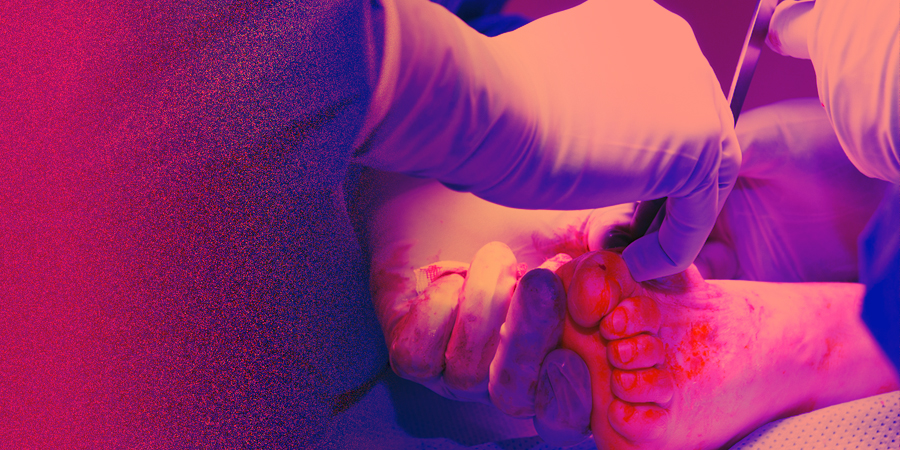 Stranded after a snowmobiling trip, a man developed frostbite in both of his feet. When he finally made it to the hospital, he was told that there was nothing that could be done to save his feet. He would need bilateral below-knee amputations. But that’s when Dr. L. Scott Levin of the Penn Orthoplastic Limb Salvage Center was called in. Dr. Levin and his team were able to perform bilateral microvascular tissue transfers to save the man’s lower extremities. He is now able to walk wearing normal shoes and is completely pain-free.

Tertiary or limb salvage centers such as Penn’s are able to use “comprehensive limb salvage capabilities” often not available at hospitals to better treat lower extremity patients at risk for traumatic amputations, according to Penn Medicine.

But there are currently no guidelines to help physicians determine when to transfer these patients to a specialized center. “The lack of guidelines causes a delay, or even no transfer, resulting in many avoidable amputations,” Dr. Saïd Azoury, Plastic Surgery Chief Resident at the University of Pennsylvania School of Medicine, told Penn Medicine.

Now, Dr. Azoury and his colleagues are proposing the Lower Extremity Guide for Salvage (LEGS) to help physicians facilitate early transfer of patients with severe traumatic lower extremity injuries as well as to decide when to transfer these patients. They believe these guidelines could help reduce unnecessary cases of patient morbidity and traumatic amputation caused by delayed transfer of patients.

In their Orthoplastic Surgery study, Azoury et al. devised a set of guidelines for the transfer of trauma-related lower extremity patients based on the expert opinions of orthopedic, trauma and plastic surgeons.

In the Lower Extremity Guide for Salvage, they proposed that patients with the following characteristics should first be stabilized and then transferred to a specialized limb salvage center:

To develop these guidelines, Azoury et al. compared experiences of 178 patients who had undergone free-flap reconstruction for lower extremity traumatic injuries. The patients had either been transferred (62.4%) or directly admitted (37.6%) to the Penn Orthoplastic Limb Salvage Center. Researchers noticed that while limb salvage rates were nearly identical between transferred and directly admitted patients, transferred patients were more likely to have osteomyelitis.

Additionally, researchers found that there was a significant delay in median time to flap reconstruction in transferred patients compared to directly admitted patients (46 days vs. 18.5 days), and flap timing of less than 30 days was found to be independently associated with osteomyelitis. Transferred patients were also found to have a greater delay in soft tissue coverage.

Researchers concluded that early specialized care is especially important in the treatment of lower extremity patients, and treatment at a specialized trauma center is just as important as early debridement and soft tissue coverage. The combination of these factors, they noted, is the best way to improve patient outcomes overall.

“The goal,” Dr. Azoury told Penn Medicine, “is to ensure amputation numbers go down and patient success rates go up. There are many factors that go into a patient’s risk for amputation, which is why having defined guidelines for transfer is so important.”

Roughly 30% of lower-extremity amputees will sustain a post-surgical complication and 95% of amputee patients will experience some type of post-amputation pain that can significantly affect their daily lives.

But traditional treatment methods for patients at risk for lower extremity amputation are thought to be lacking. Multiple injury scoring systems lack the ability to accurately identify patients with salvageable limbs in the acute setting.

In their 2019 Journal of Reconstructive Microsurgery study, Dr. Azoury and his colleagues determined that the use of a combined orthoplastic approach can help guide physicians in the management of lower extremity patients and ultimately lead to improved patient outcomes.

This method, which is being adopted in limb salvage and tertiary centers nationwide, has been found to decrease time to soft tissue coverage and recovery of limb function as well as reduce post-operative complications. In fact, a recent study showed that limb salvage rates were nearly 95% when an orthoplastic approach was used.

In the future, Dr. Azoury and his team hope that more trauma centers will begin to embrace the orthoplastic approach and train in more complex microsurgical procedures so patients have the best chance for limb salvage.