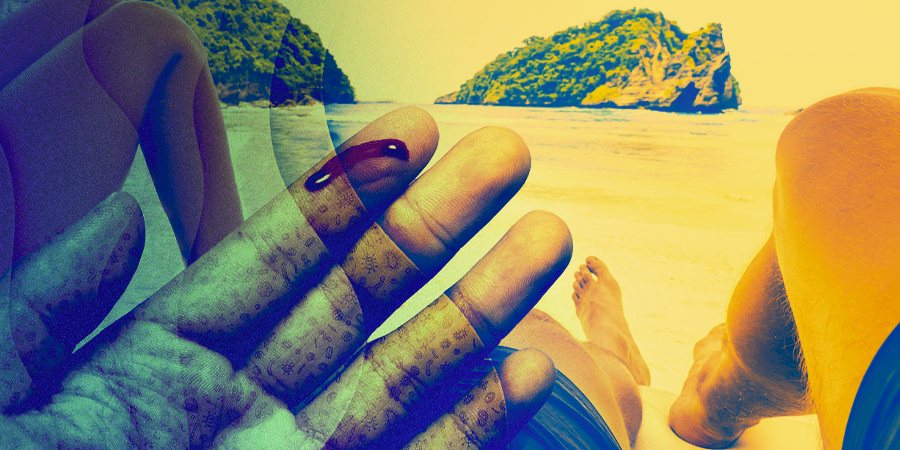 Alex Smith was a 34-year-old quarterback for the Washington Football Team when he suffered a compound fracture injury in the third quarter of a game against Houston in November 2018. Because the bone broke through his skin from his ankle joint and spiraled up through his tibia to his knee, he underwent emergency surgery.

His doctors warned there was a chance of infection but put Smith on antibiotics. Days later, as Smith’s fever spiked and he drifted in and out of consciousness, doctors discovered he was septic. Then the flesh and tissue on his leg turned black and doctors diagnosed him with necrotizing fasciitis, commonly referred to as a flesh-eating disease.

Over the next nine months, Smith underwent 17 surgeries and four hospital stays. The disease resulted in the loss of most of the flesh and tissue from his knee to his ankle. Smith’s infection was caused by bacteria typically found in fresh or brackish water.

What Is Necrotizing Fasciitis?

Necrotizing fasciitis means “decaying infection of the fascia,” referring to the connective tissue that runs through the body. The infection is caused by bacteria, most commonly originating from Group A Streptococcus, the same bacteria that causes strep throat. Another common bacterial cause includes Vibrio Vulnificus, which breeds in warm and brackish water.

The bacteria spreads to humans through a cut or scrape, but people can also become infected by eating raw seafood such as oysters and sushi. Most who contract an infection leading to necrotizing fasciitis have compromised immune systems or other conditions that lower their body’s ability to fight infections, such as diabetes, kidney disease, cirrhosis and cancer. It can also be a rare complication of chickenpox in young children.

As the infection spreads, it produces toxins that restrict blood supply to the tissues, prompting the tissue to die and the skin to decay. The body and antibiotics are unable to fight off the infection. This can lead to sepsis, shock, organ failure, loss of limbs and if left untreated, death. In fact, up to one in three people with necrotizing fasciitis die from the infection. Prompt medical diagnosis is essential, and treatment requires surgical removal of the dead and infected tissue. Other treatments include antibiotic therapy, hyperbaric oxygen therapy and IV immune globulin (IVIg) therapy.

Watch how a plastic surgeon was able to save a patient’s athleticism when a young runner developed necrotizing fasciitis.

There are between 700 to 1,200 cases of necrotizing fasciitis per year in the U.S., according to the CDC. Vibrio vulnificus is typically found in the warm waters of the Gulf Coast and southern states such as Louisiana and Texas, especially during the warmer months between May and October.

But rising temperatures associated with climate change are increasing the bacteria in areas where it was once rare, even though the volume remains small. A 2019 report in the Annals of Internal Medicine noted only one case of necrotizing fasciitis in the Delaware Bay between 2008 and 2016, but five cases between 2017 and 2018.

While anyone and any wound is susceptible to necrotizing fasciitis, there are some precautions that could minimize the chance of contracting this flesh-eating bacteria: