Offloading for Diabetic Foot Ulcers: How to Urge Patient Compliance 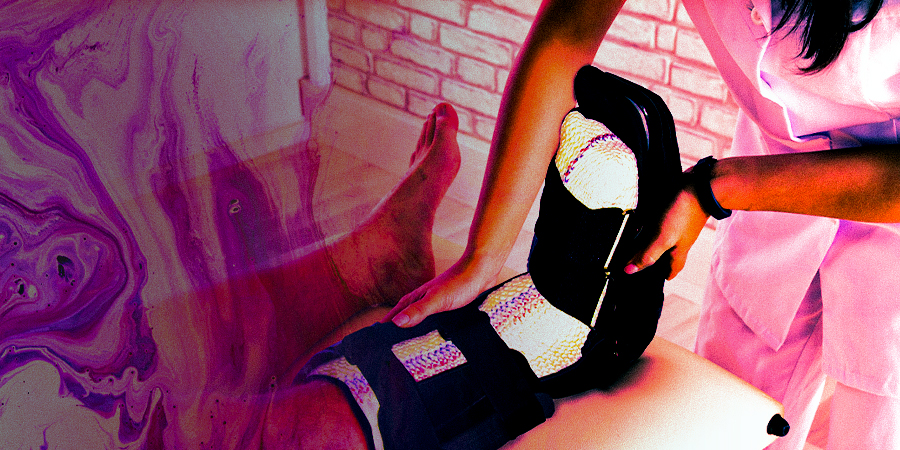 Ten years ago, in 2011, the authors of “Lower extremity amputations — a review of global variability in incidence” stated that the incidence of diabetes mellitus had reached “pandemic status.” In fact, one in ten Americans has diabetes, according to the most recent data report, and one in three has pre-diabetes.

High incidence of diabetes means higher numbers of diabetic foot ulcers, a complication experienced in an estimated 15% of the patient population during their lifetime. DFUs can lead to a cascade of poor outcomes and are associated with an enormous cost burden on the healthcare system.

Pressure relief is considered key to healing plantar DFUs, yet DFU patients may not adhere to their doctor’s recommended offloading protocol due to the potential disruption to everyday activities such as bathing, driving and sleeping.

A 2003 study by David Armstrong found that only 30% of patients wore an offloading device for over half of their daily steps. Among those patients, the average rate of compliance was only 60% of daily steps.

In a consensus statement and practical recommendations published in the Journal of the American Podiatric Medical Association, total contact casting (TCC) is the preferred method for offloading diabetic plantar foot ulcers. “Comparing TCC with removable devices, TCC has been found to be more successful in healing outcomes because it enforces adherence by virtue of irremovability,” they write.

Here are some compelling reasons for offloading to share with your patients:

DFUs may be as deadly as some cancers.

A single, non-healing wound on the bottom of their foot may not inspire patients to take urgent attention towards medical intervention. Yet outcome numbers may underscore the seriousness of these wounds.

One study found that 5% of people with a new DFU died within 12 months of their first physician visit for an ulcer and 42.2% with foot ulcers died within 5 years. These mortality rates are as high as aggressive types of cancer, such as cervical cancer at 34% and colorectal cancer at 35%.

An offloading cast such as TCC-EZ® Total Contact Cast has been shown to reduce amputation rates by more than half within 1 year.

TCC has demonstrated ulcer closure rates of 88% of DFUs in 43 days.

The application and removal of TCC-EZ should be supervised by a physician or a licensed health care provider.

Patients should contact your doctor immediately if any of the following occur while wearing a TCC-EZ:

Warning: Inappropriate use or removal of the TCC-EZ could result in injury.

Researchers explored whether this commonly used procedure is durable for diabetic patients in the long-term.