Plastic Surgery Residents Strive for Inclusivity in The Loupe Podcast 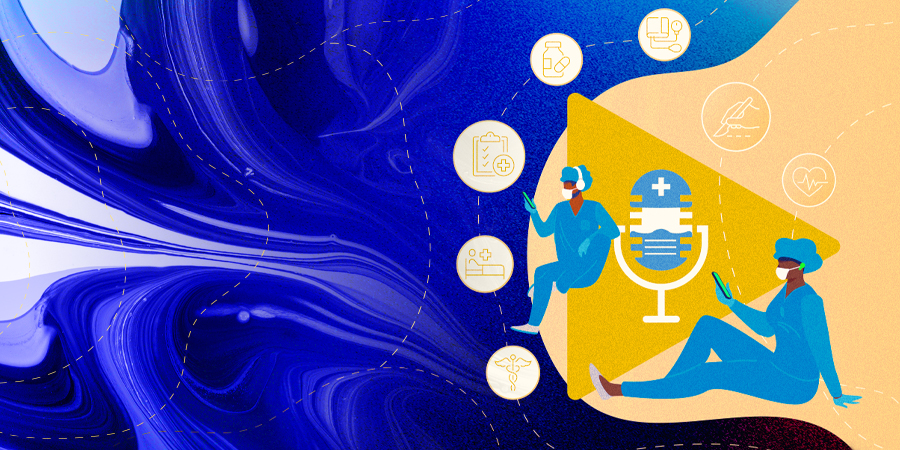 “The main goal is to be a collaborative force that focuses on diversity and inclusion,” says Dr. Sanam Zahedi, a plastics resident and one of the founding hosts on The Loupe Podcast. “Everyone has something to bring to the table.”

Dr. Zahedi was born and raised in Iran and moved to Florida during high school. She is board certified in general surgery and us now an independent resident at University of California Davis. She planned to pursue a career in surgical oncology but changed her mind during training when she fell in love with plastic surgery.

“When we started in plastics, there wasn’t something equivalent to Behind the Knife for plastic surgery,” says Dr. Zahedi. “[We] thought it would be a great idea to start one. The notion was that there really isn’t anything out there, so if we’re not going to do it, who is?”

Because the annual In-Service is during the first week of March, the initial podcasts focused on covering as many of the 40-plus In-Service topics as possible. Example topics include those relating to severe wounds and wound reconstruction such as complex abdominal wall reconstruction, lower extremity ulcers, and burns.

Dr. Zahedi says the podcast content is all about building a solid plastics foundation. “We love creativity and being able to think outside of the box, but all of the variations come down to a set of core principles,” she says.

To appeal to both audio and visual learners, each episode of The Loupe Podcast is also published on YouTube, where they include a full PowerPoint presentation. Where applicable, tables and graphs help depict data and images will make it easier to visualize the anatomy being discussed. For each podcast, the hosts also provide a list of source references.

“There are a lot of resources out there, if you want to pay the money and invest in them,” says Dr. Zahedi. “But free education, that’s what we’re offering. The content we’re producing is genuine and evidence-based, and we don’t want to put a price on it.

“I think COVID has shown everyone that a little bit of compassion goes a long way,” says Dr. Zahedi, “and the best care we can do for our patients is to know more whether it is about a particular topic or the patients themselves.”

Although Dr. Zahedi is keeping the podcast’s future topics under wraps, she says they’ll likely discuss different aspects related to diversity in plastic surgery and academic leadership. “We want our guests to put a name and a face to diversity issues and tell their journey.”

After two months and 30 episodes, The Loupe Podcast is getting 500 to 600 downloads per episode, and it’s been growing on a steep curve. “The response has been overwhelmingly positive,” she says. “The podcast has been downloaded on every continent, and we’ve made friends with plastic surgeons in a variety of countries across the world; Egypt, Australia, Ireland, China, Iran, India, England, France, Italy, Germany and Brazil to name a few.”

The Loupe Podcast’s branding features a microphone wearing a scrub hat and a loupe, the magnifying lens used for surgery. But the name is also a play on words, because the team wants to bring everyone together “inside the loop.” They welcome everyone, regardless of gender, race or location around the world.

The podcast’s success shows that significant educational opportunities exist outside of in-person conferences and the occasional YouTube video. People have begun reaching out to Dr. Zahedi and the team from around the world, suggesting topics and offering themselves as potential guests on the show.

Each resident working on The Loupe Podcast is in the second of their three-year fellowship, but all plan to continue working on the podcast even after entering future practices. “I consider us the OGs of the podcast,” Dr. Zahedi says.

She envisions the In-Service content will shift to newer residents, but that those in practice would focus more on topics more applicable to practicing surgeons, including their specialties (microsurgery, craniofacial, cosmetic and breast reconstruction), as well as general topics facing physicians—for example, financial planning, how to manage a practice and how to negotiate a contract and eventually host episodes targeted for patients.