Skin Cancer Scalp Treatment: Reconstruction Challenges in the Most Elderly 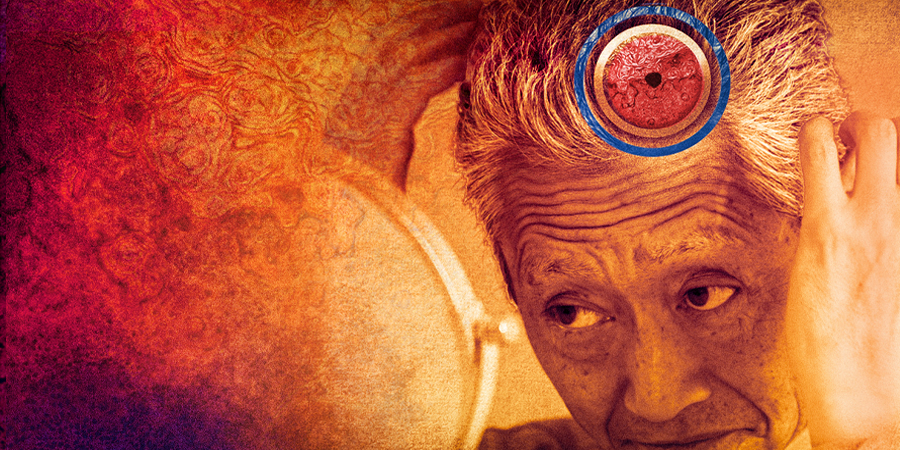 Take an aging population, inject a rise in skin cancer cases and it adds up to surgeons who will increasingly face scalp reconstruction on extremely elderly patients. Yet these patients can be the riskiest surgical subjects for skin cancer scalp treatment as they face postoperative risks of anesthesia and often present with multiple comorbidities that can cause both surgical and post-surgical complications.

A recent study from Weill Cornell Medical College researched a two-stage process as a viable alternative to traditional scalp reconstruction that may particularly benefit extremely elderly patients, defined as those over the age of 80, that require treatment for skin cancer of their scalp.

The study shows the results of using Integra® Bilayer Wound Matrix (IBWM)* alone on full-thickness defects as a primary option for wound management. The mean patient age of the study was 87 and included one patient who was 101 at the time of surgery.

The “grey tsunami” is almost here. The U.S. Census Bureau projects that the number of Americans ages 65 and older will nearly double from 52 million in 2018 to 95 million by 2060. The risk of developing basal and squamous cell skin cancer rises as people get older. Melanoma is also on the rise—the American Cancer Association reports that the number of new invasive melanoma cases diagnosed each year rose by 44% between 2011 and 2021.

Although there are multiple surgical and wound device approaches to reconstruct a scalp defect, a series of studies have shown that there are unique considerations when performing surgery on extremely elderly patients. For example:

Because reconstructing full-thickness defects after cancer resection is a challenge magnified in extremely elderly patients, the Cornell study looked at another option—placing Integra Bilayer Wound Matrix followed by a split-thickness skin graft (STSG). This approach requires two procedures, but each is relatively brief when compared to traditional scalp surgery.

The researchers at Weill Cornell Medical College reviewed 14 patients who underwent full-thickness scalp resection of skin malignancy resulting in a defect with intact underlying calvarium but without pericranium between January 2010 to June 2019. The study patients ranged in age from 80 to 101.

STSG were placed an average of 18 days after placement of the dermal matrix. Twelve patients had successful two-stage reconstruction with 100% take. Two patients had post-operative complications that were both localized to the wound, and none had systemic complications. Both were managed and resulted in closure and partial closure.

The study showed the following benefits of this two-step process for extremely elderly patients:

Twelve patients underwent general anesthesia and two patients monitored anesthesia care for both stages of reconstruction. The average total anesthesia time in stage one was 125 minutes, including the cancer resection, and 65 minutes in stage two.

Despite higher surgical risk in these extremely elderly patients, 13 study patients had a hospital stay of one night or less following excision of their scalp mass and placement of the dermal matrix, with only one staying for two nights. Six patients underwent stage one as a same day ambulatory procedure, seven patients stayed a single night, and one patient stayed two nights. For stage two, nine patients went home the same day and five patients spent a single night in the hospital for monitoring.

This increased prevalence of scalp reconstruction of the elderly isn’t going away any time soon. By 2035, people age 65 and older will outnumber those under the age of 18 for the first time ever, comprising 21% of the population.

The study authors note that this two-stage approach for complex scalp reconstruction following a full thickness oncologic resection is a viable, safe and can achieve good functional and cosmetic results with low morbidity and mortality, even in the extremely elderly population.

*The terms “Integra,” “IDRT” and “IBWM” are often used by physicians interchangeably. The use discussed in the article, “Reconstruction of Full Thickness Scalp Defects in Extremely Elderly Patients Using Dermal Regeneration Template,” is on-label for IBWM.