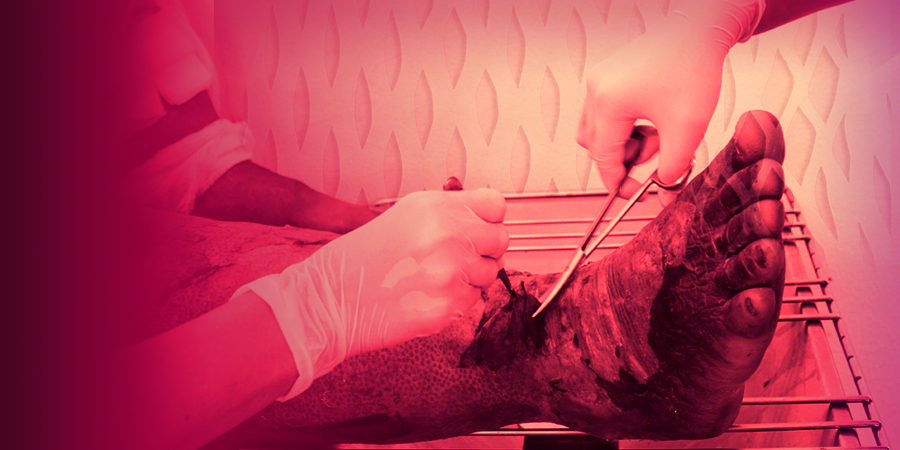 Doctors have been performing skin grafts for soft tissue defects for more than 200 years. In 1804, Dr. Giuseppe Baronio excised a piece of skin from a ram’s back and immediately grafted it to the other side. In 1869, surgeon Jacques Louis Reverdin performed the first successful autologous skin graft on a human.

Autologous skin grafts are still a common surgical solution to address skin defects with minimal graft donor site morbidity. However, there can be complications at the donor site, including superinfection, pain, bleeding and secretion. Patients may also experience scarring and hypopigmentation in the rectangular-shaped areas where the skin was harvested.

In an ideal situation, surgeons will discuss donor site options with the patient before use of autologous skin graft and reconstructive surgery. But that’s not always possible, as with patients who aren’t conscious and have traumatic, acute wounds.

What Do Patients Want?

STSGs lack deep dermal structures such as hair follicles and sweat glands, so they will likely look and function differently once grafted. STSG scars can be stiff, lack the function of regular skin and tend to contract over time. In the Busch and Alawi study, more than a third (32.24%) of patients said the complication they most feared was wound healing disorders, followed by circulation disorders (28.29%), scars (20.39%) and bleeding risks (19.08%).

Despite patients’ professed preferences, those surveyed in the 2020 study were most likely (32.98%) to ultimately choose skin graft donor sites based on their physician’s recommendations. They were second most likely to choose donor site location by the impact on mobility (23.40%), expected aesthetic results (22.34%) and associated donor site pain (21.28%).

While the study confirmed that surveyed patients preferred occipital donor sites, the scalp can only provide 7% of the patient’s total skin volume. The study noted that complication rates for occipital donor sites are between 1.8% and 6% for folliculitis, alopecia and bleeding, with alopecia at the donor site being the most common.

There is limited data on long-term outcomes of all possible skin graft donor site locations due to ill-defined measurements and poorly standardized outcomes. However, a systematic review of peer-reviewed articles from January 2009 to July 2019 published in Burns revealed some trends, albeit with widespread variation.

The analysis noted that patients often reported pain, itching and discomfort being worse at the donor site as compared to the injury site. Donor sites reviewed in the 10-year analysis included the thigh, back, chest, arm, buttocks and trunk. The scalp was not mentioned.

Among the highlights from the Burns review on thigh, back, chest, arm, buttocks and trunk as donor sites: